She has published many papers regarding nutrition and dietary ecology in primates, including apes, early humans and modern humans. Other research interests include conservation biology, nutrient and anti-nutrient components of wild plant and digestive physiology.

Commencing in 1977, Ornish has directed a series of clinical research studies proving, for the first time, that comprehensive lifestyle changes could not only stop the progression of heart disease, but could reverse it.

The US Department of Agriculture has an extensive database of the nutrient constituents of over 8,000 foods. The amount of protein, carbohydrates, fibre and fat in food can be accessed as well as the individual fatty acids, amino acids, minerals and vitamins.

There are also many other resources including research data and information regarding the food intake of US citizens.

His website contains hundreds of short videos and many health and nutritional subjects.

A founding member of the American College of Lifestyle Medicine, Dr. Greger is licensed as a general practitioner specializing in clinical nutrition. Currently he serves as the Director of Public Health and Animal Agriculture at the Humane Society of the United States. Dr. Greger is a graduate of the Cornell University School of Agriculture and the Tufts University School of Medicine. 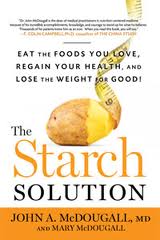 Dr John McDougall – Physician and nutrition expert who teaches better health through vegetarian cuisine. John A. McDougall, MD. has been studying, writing and “speaking out” about the effects of nutrition on disease for over 30 years. He teaches that degenerative disease can be prevented and treated with a plant-based diet of whole, unprocessed, low-fat foods.

Colin Campbell was a nutritional biochemist at Cornell University. In the 1960s, he was involved in nutritional programs in the Philippines to help families provide for their critically undernourished children. Peanuts were one of their preferred sources of protein. It is a legume – great for improving the soil, easy to grow and is nutritious and tasty.

At the same time, children younger than 10 were dying at alarming rates from liver cancer. Normally liver cancer is an adult disease. And the children dying from the disease were from the most affluent suburbs in Manilla. These are the families that could afford the best housing and the best food.

Whilst in the Philippines, he read a paper in an obscure medical journal. Rats were fed aflatoxin – one of the deadliest carcinogens known. One group of rats was given a diet of 20% protein – and they all died of liver cancer. The second group was given a diet of 5% protein – they all lived. 100% deaths compared to 0 deaths. They were all fed aflatoxin – but only those rats that had a high protein diet died.