The students were fed their diets for two days and a glucose tolerance test was performed on the morning of the third day.

After only two days on their experimental diets, the only group showing a normal, healthy response to the glucose tolerance test was the high-carbohydrate group. Sweeney’s paper states that this diet “possessed a markedly increased tolerance for dextrose” The protein group had slightly impaired glucose tolerance whilst the high-fat and starvation diets showed a marked decrease in their tolerance for sugar.

A graph of the responses to the 4 diets is shown below. The glycemic index is determined by the area under the graph over a 2 hour period. 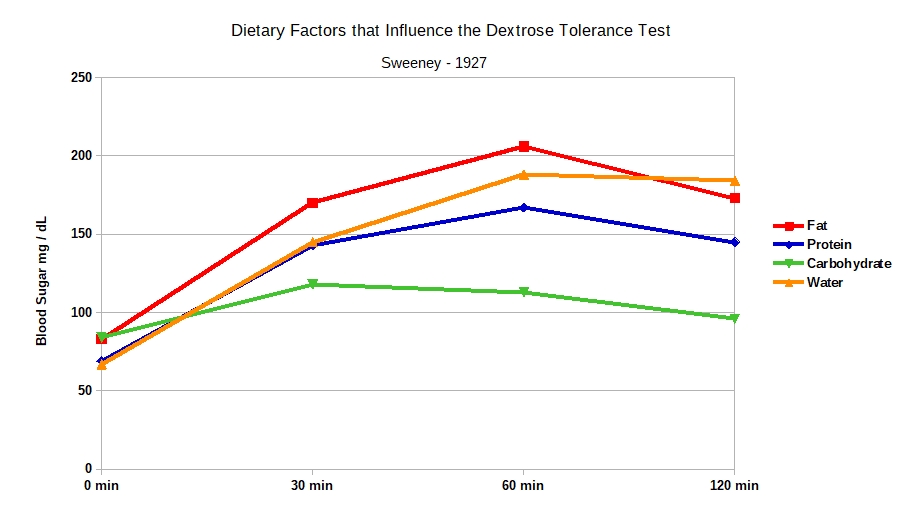