Nutrients Lost When Food is Processed

Often white wheat flour is enriched to attempt to make up for the nutrients removed.

White rice and white wheat flour are created when the hull, bran layer and cereal germ removed. The germ is part of the grain that germinates to create a seedling.

Storage life is increased due to the removal of oils and nutrients.

Less than 40% of manganese, folate, riboflavin, magnesium and vitamin E is found in white rice compared with brown rice. 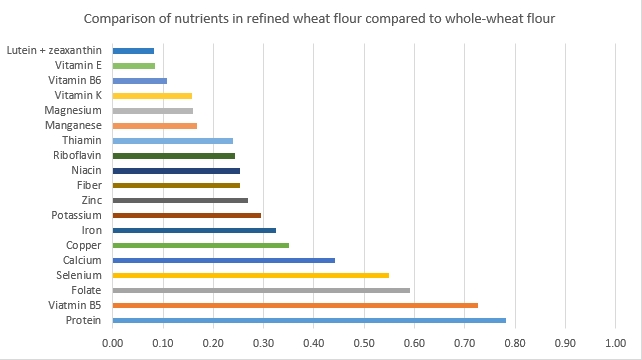 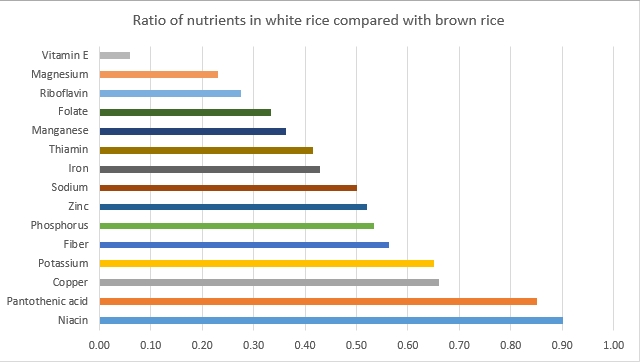