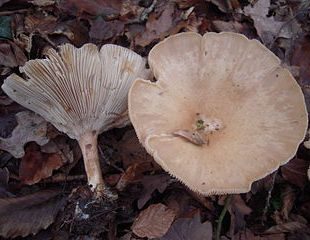 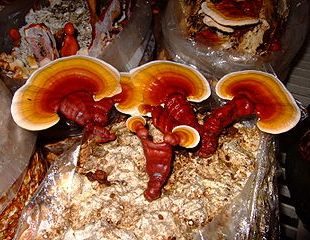 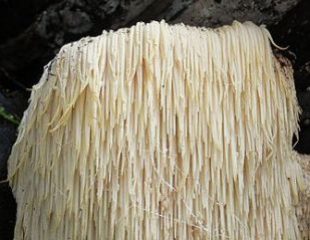 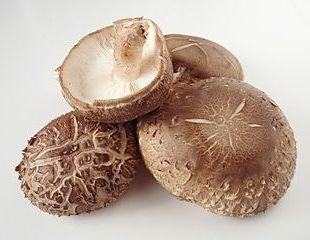 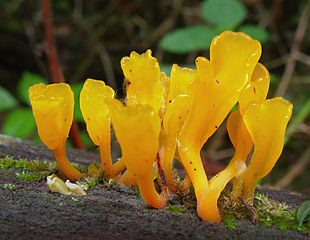 Mushrooms are the fruiting body of fungi. It is estimated that there are 140,000 species of mushrooms but only 10% are known and named. Mushrooms represent an inexhaustible source of polysaccharides with antitumor and immuno-stimulating properties. 6

The 17 page paper by Wasser documents in great detail the benefits of mushrooms in healing.

The most visible part of mushrooms is the fruiting body that grows above the ground and releases the spores. The bulk of the mushrooms is the mycelium which is the tread-like strands that are mostly underground or growing in organic material from which the fungi obtains its nutrients.

Eating culinary mushrooms can be helpful but to obtain optimal benefits from medicinal mushrooms it is essential to consume products that are derived from not only the fruiting bodies but the mycelium.

As Wasser wrote in the journal Applied Microbiology and Biotechnology: 7

Polysaccharides are the best known and most potent mushroom derived substances with antitumor and immuno-modulating properties. […]Medicinal mushrooms, i.e., mostly polysaccharides, were used as medicine in the Far East, where knowledge and practice of mushroom use primarily originated. Mushrooms such as Reishi, Shiitake and Chaga and many others have been collected and used for hundreds of years in Korea, China, Japan, and eastern Russia. Those practices still form the basis of modern scientific studies of fungal medical activities, especially in the field of stomach, prostate, and lung cancers. It is notable and remarkable how reliable the facts collected by traditional eastern medicine are in the study of medicinal mushrooms.

With the reluctance of a significant portion of the population to consume whole-grain cereals or foods containing gluten results in a decrease in consumption of beta glucans and dietary fibre. The majority of people (94%-95%) are unaffected by cereals containing gluten and their avoidance can result in health risks.

What is the Problem with Wheat and Gluten?
Wheat and the Distorted Views of William Davis
Impact of Gluten-free Diets

Beans are another really good source of beta glucans.

Before examining the health benefits of mushrooms, we will examine some carbohydrate basics and define some terms which are commonly used.

A carbohydrate is a compound that consists only of carbon, hydrogen, and oxygen. The ratio of hydrogen to oxygen atom is approximately 2 to 1, as in water. Carbohydrates contain more than 90% of the dry matter of plants. One way that carbohydrates can be grouped is into the following four categories:

Monosaccharides are carbohydrates that cannot be broken down to simpler carbohydrates. They are often referred to as simple sugars. The three most common are:

These monosaccharides all have the formula C6H12O6.

D-glucose is the most abundant form of glucose and is biologically active. As a result, it is the energy source for most organisms.

L-glucose is the mirror image of D-glucose that occurs in fruits of plants. It is not biologically active and organisms cannot utilise it as their energy source. 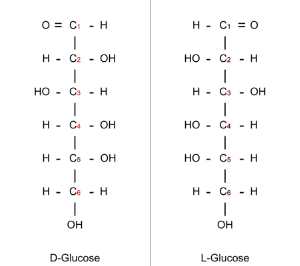 Disaccharides are composed of two simple sugars joined together.

As well as existing in a linear form, the monosaccharides also exist as a cyclic structure which is the most prevalent form.

The oxygen atom that joins the glucose and fructose together point down (below the plane of the page) which makes it an alpha bond. If the oxygen atom points up (above the plan of the page), it is a beta bond.

This is relevant when considering alpha and beta glucans. The difference being the nature of the bonds that join glucose molecules together.

Two monosaccharides are joined together by an oxygen atom to form a disaccharide. 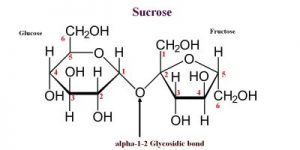 Oligosaccharides comprise of three to ten monosaccharides (depending upon the definition).

Polysaccharides are much larger than the oligosaccharides, containing hundreds or thousands of monosaccharide units. Some common food examples are listed below.

Why Mushrooms are Healthy

Fructans are polysaccharides consisting of multiple sucrose units. Sucrose is a disaccharide containing glucose and fructose.

The main components of the fungal cell wall are polysaccharides and glycoproteins.

Carcinogenesis can be separated into two different stages. The initiation phase involves exposure to a mutagen that causes damage to the DNA. The second stage involves the growth of the tumour. Polysaccharide-enriched mushroom extracts can regulate cell growth and consequently inhibit tumour growth. 10

Whilst mushrooms are not an essential part of a diet, ergothioneine is. Ergothioneine is an essential amino acid that is found most abundantly in mushrooms. It is also found in kidney, liver, black and red beans and oat bran. Ergothioneine (and mushrooms) act as a powerful mitochondrial antioxidant which protects DNA from damage and is protective against a number of cancers.

Terpenoids are a group of at least 40,000 compounds that represent the largest and most diverse class of chemicals produced by plants. These are found in many medicinal mushrooms as well as in the resin of pine bark and the leaves of eucalyptus, cinnamon, cloves, ginger, turmeric and mustard. 12

I have multiple myeloma which is a blood cancer. You can read my story at About Richard Harding

Myeloma is a cancer of the plasma cells. When plasma cells become cancerous, they make abnormal antibodies, paraprotein, which are ineffective. The paraprotein result is the first result I check in my monthly pathology test.

I take shiitake, maitake, cordyceps, turkey tail, lions mane, reishi and chaga which has lowered my paraprotein. These mushrooms have also improved my liver function tests with the assistance of several Indian herbal mixtures.

Below is a useful book that describes in detail the benefits of 15 medicinal mushrooms.

The conclusion from Wasser’s paper is:

A large body of experimental and clinical evidence demonstrates the beneficial results of mushroom polysaccharides for the following purposes: (1) prevention of oncogenesis by oral consumption of mushrooms or their preparations; (2) direct antitumor activity against various allogeneic and syngeneic tumors; (3) immunopotentiation activity against tumors in conjunction with chemotherapy; (4) preventive effects on tumor metastasis.
PDF