Diet is a critical part of health care that is neglected. Doctors are not fully trained in nutrition. When was the last time you went to your doctor and was asked about your diet or lifestyle? Some of the largest corporations in the world are food, pharmaceutical and health care companies so access to correct information is difficult.

Our health must be one of our most valuable assets. Prevention should be the primary focus of medicine with treatment a secondary consideration.

Much publicity is given to the longevity of the people of Japan and Okinawa (an archipelago that stretches from southern Japan to Taiwan). However, the population with the longest lifespan and the highest levels of health on the planet is the vegan Californian Seventh-day Adventists.

We all need to eat and we wish to be healthy. So the food and health industries are very powerful and influential. People are very passionate about what they believe to be healthy food choices. It can be very difficult to get high quality health and dietary information.

The good news is that many of the “diseases of affluence”, such as heart disease, sex hormonal-related cancers (breast, ovarian, endometrial and prostate cancers), type 2 diabetes and high blood pressure can be prevented and possibly reversed simply by changing what we choose to eat.

Dr Colin Campbell was Professor of Nutritional Biochemistry at Cornell University in New York. He was the director of one of the largest health study ever (The China-Cornell-Oxford Project) – and his conclusions:

The vast majority of all cancers, cardiovascular diseases, and other forms of degenerative illness such as the auto-immune diseases, kidney disease, macular degeneration can be prevented simply by adopting a whole food, plant-based diet.

I have been a lecturer in nutrition in Newcastle, Australia at WEA Hunter and has been involved in the design of nutrition courses for degree and diploma qualifications in Health Sciences.

I have worked in the pathology and information technology industries before turning to preventative medicine – prevention should be the prime focus of our health care.

I have worked as the system manager for a large pathology business that had a network of 10 pathology laboratories online 24 hours a day for 6 days a week.

My website consists of over 140 webpages and with more than 110,000 words. Most are related to health and nutrition with others relating to the environment, agriculture, philosophy and psychology. Many issues that the ancient Greeks wrestled with are still relevant today. 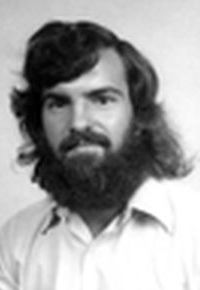 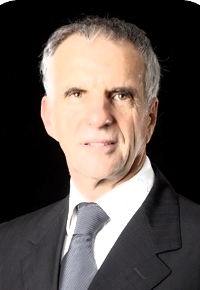 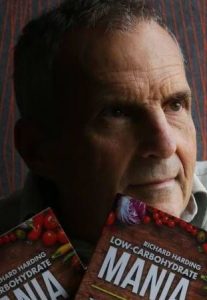 In The Republic, Book 2, Plato describes a “rustic picture” of a way of life. The inhabitants “spend their days in houses which they have built for themselves; they make their own clothes and produce their own corn and wine. Their principal food is barley-meal and flour of wheat, and they drink in moderation. They live on the best of terms with each other, and take care not to have too many children. […] They will have salt and olives and cheese, vegetables and fruits, and chestnuts to roast at the fire.”

Plato continues that those “who want the comforts of life”, will create a state where “living in this way we shall have much greater need of physicians than before. […] Then a slice of our neighbours’ land will be wanted by us for pasture and tillage, and they will want a slice of ours.”

Some 500 years later, in Plutarch’s Morals. Vol. V, Plutarch writes at great length against the mistreatment, exploitation and killing of animals – “but for the sake of some little mouthful of flesh, we deprive a soul of the sun and light, and of that proportion of life and time it had been born into the world to enjoy.”

Every year in January a school friend, John and I did a canyon trip in the Blue Mountains of NSW. At the same time, I visit my local doctor. 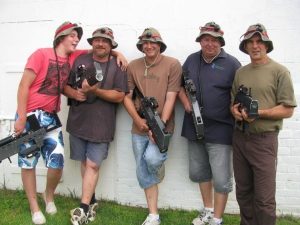 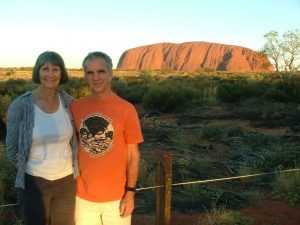 In 2014, just after my 60th birthday, the results came back with abnormal red and white blood cell counts and an elevated bilirubin. Elevated bilirubin is a sign that the liver is not functioning as well as it should.

It took 8 months to diagnose what the problem was. I have myeloma which is a cancer of the bone marrow that can no longer properly produce red and white blood cells. As a result, the immune system is compromised.

Even after I was diagnosed the doctor said, “If you are going to get cancer, myeloma is one of the best to get.” I was booked into the regional myeloma clinic for treatment. I had pneumonia at the time he made that assessment which is what nearly killed me. Twice Ruth was told that I would not be coming home. If he told me the truth, that is, “You are really sick. Go home and pack your bags and go to hospital this evening”, the outcome would be different.

In September 2014, I ended up in hospital for 9 weeks, including 7 weeks in intensive care. I was 68 kg (150 pounds) before admission – the same weight when I was at high school. I lost 21 kg (46 pound) in 4 weeks and lost 20 cm (8 in) in height. Myeloma also damages bones resulting in abnormal bone growth, bone deformity, crushed vertebrae and many broken ribs. I am still 15 kg lighter and 20 cm shorter than my pre-sickness days.

Even as a teenager, I was conscious of what I ate and have  not eaten animal products for decades. I kept a skipping rope outside the back door and would do 1,000 skips a couple times a day when it was time to have a break. Now, I cannot do one.

Multiple myeloma is one of our most dreaded cancers. It’s a cancer of our antibody-producing plasma cells found in our bone marrow, and is considered one of our most intractable blood diseases. The precursor disease is called monoclonal gammopathy of undetermined significance (MGUS). Multiple myeloma is almost always preceded by MGUS. It has a prevalence of about 3% in the older white population.

I was on a whole-food, plant-based diet for years and which was not sufficient to prevent me from progressing to multiple myeloma. There is evidence that myeloma is associated with agricultural and environmental toxins. One study shows that agricultural workers have a 4.5 times greater prevalence than other occupations. Yes, I do live in what appears to be a idyllic rural setting but two toxic aluminum smelters were located close by. The port of Newcastle is the world’s largest coal export terminal. Coal dust is a major source of pollution and I am located close to rail transport that transports coal in trains containing 80-90 wagons many times a day.

We need to find ways of treating MGUS early before it turns into cancer but such treatment does not exists. A whole-food, plant-based diet certainly helps but is no guarantee. The consumption of curcumin, the active ingredient in the spice turmeric has been associated with a decrease in the markers for multiple myeloma.

I live with my wife Ruth in the Hunter Valley of NSW. We have a big vegetable garden, keep geese and chickens and have planted hundreds of trees in what was an empty paddock. Other interests include Rural Fire Service, music (play piano), photography.

2 Replies to “About Richard Harding”